Hamstring injuries are incredibly common to yoga students and especially yoga teachers. Often the problems is the repetitive nature of yoga practices, especially Surya Namaskar (Sun Salutations) in Ashtanga and Vinyasa Flow styles of yoga. These movements are not “natural” in that if we were to pick up something off the floor we do a combination of bending knees, leaning and twisting. But since they are a huge part of yoga practice, it important to look at them.

The question of hamstring injuries was recently posted to a forum for UK Yoga Teachers. Since I only wrote an abbreviated response, here is a longer one:

As yoga teachers, often when we think we are hinging at the hip joint, we are actually extending the spine (back-bending) and jutting the sitting bones backwards. This is a kind of swan dive movement. When we do this, the flexion (forward bend) moves out of the back (because now it is in extension) and so all of the flexion of the bend of the whole body is happening at the insertion of the hamstring. It can happen as well in the “look forward” movement in Surya Namaskar. This is especially true in the transitions from Tadasana / Urdhva Hastasana to Uttanasana (arms up to standing forward bend), because at the midpoint of the fold, the weight of the head is very far away from the legs (centre of gravity), making the head very heavy with a huge load on the hamstring insertion. This is potentially dangerous.

When my hamstrings were really painful, I worked with an Iyengar teacher to find new options for my forward bends. In sitting forward bends, we put a belt around the hips, like a seat belt, so that the sitting bones had to stay on the floor. Then I folded forward. This is folding (flexing) from the spine, which is not for everyone. For me, it did allow my hamstrings to heal, because now the flexion was happening in the more in the spine, instead of the just hamstrings. However, this is a remedial instruction for people with hamstring injuries. It can work for some people, but can be problematic for others. It is definitely NOT for people with disc injuries or other back pain as it does load the discs.

Finding the hip joint is the first step.

Put the heel of your hand on your “hip bone” or ASIS (the bone that sticks forward if you “put your hands on your hips”). Put your fingers on the pubic bone (the bone that you find if you trace down from your belly button). Where you fingers end, about halfway between those two bony landmarks, is approximately where your hip joint is, deep inside the body.

Put your hands on those two points and practice simple folds. You can do that with bent or straight knees. Your spine shouldn’t need to bend if you are moving maybe 20 degrees forward from straight. You can also flex the hip joint by picking up one leg. (There is a video of this process in this article)

Once you have felt this hinging at the hip joint, it is helpful to explore the pelvis and feel what else happens when you do that movement.

Do this one side at a time. Keep one hand on the hip joint landmark that we found above (usually the opposite hand to the leg is best here). Then feel different landmarks of the pelvis with the other. Go back to the ASIS. It should come forward. Feel around the side, and you might feel your greater trocanter, which sticks out to the side. This is part of the femur or thigh bone. If you go even more towards the back under the buttocks,  you will find your sit bone (sit bone / ischial tuberosity). Don’t be afraid to find it. Feel how it moves back when you hinge forward.

The hip joint is a ball and socket joint. So what happens in this hinge is that the socket (pelvis) is rolling over the ball, heads of the femur bones. As you bend forward, it should feel quite smooth and hopefully effortless.

Using this movement, and momentum can be a helpful way to com up from a standing forward bend.  From uttanasana (standing forward bend), put your hands on your sit bones and pull them down (if you have a close friend they can help but it is full on hands on bum…). What you should feel is that the whole torso kind of pops up as a unit.

In down dog, don’t let your sitting bones go up and wide (that movement is like exposing yourself backwards). Do the opposite. Imagine the sitting bones connected down towards the heels, like there is an elastic connecting the two points. It isn’t possible for the sit bones not to move at all. But, if you send them up and wide, it makes more of the fold concentrated in this spot, which is the hamstring insertion.

What do other people do?

If you get a chance, look up John Scott Ashtanga primary series on YouTube. When he does the forward bend of surya namaskar, he almost bends his knees, and he keeps his head very close to the midline of his body. This puts so much less strain on the hamstrings. There are lots of ways to think about it, you might just have to play, and let ANY pain be your guide that something isn’t right.

For me, the biggest thing has been to let go of a repeated movement, folding forward at the hip with straight legs. This movement is 100% unnatural to the body, and although it is fine to do sometimes, does not need to be done 50+ times a day. Explore new pathways in your own body, or use bent knees to utkatasana as a transition instead of straight legs. We have this obsession with hamstring flexibility, but I don’t even think it is the best way to get more flexible!

But, I already have a hamstring injury from yoga practice…

There are many things you should do immediately for your hamstring. The first is to STOP STRETCHING IT! That means do not do anything where the sensation in your hamstring approaches pulling, stretching or anything like that (exploring these sensations might be a first step).

I have noticed recently that the overstretch pattern is so dominant in my hamstrings, that they are by far some of the weakest muscles in my body. I’ve been working on changing that with a few simple exercises.

Yoga is defined by the quality of breath and movement, not by doing an exact series of moves in a painful way. Exploring ways to disentangle forward bends from your practice might be a long journey, but it can be a fascinating departure point for practice and investigation. 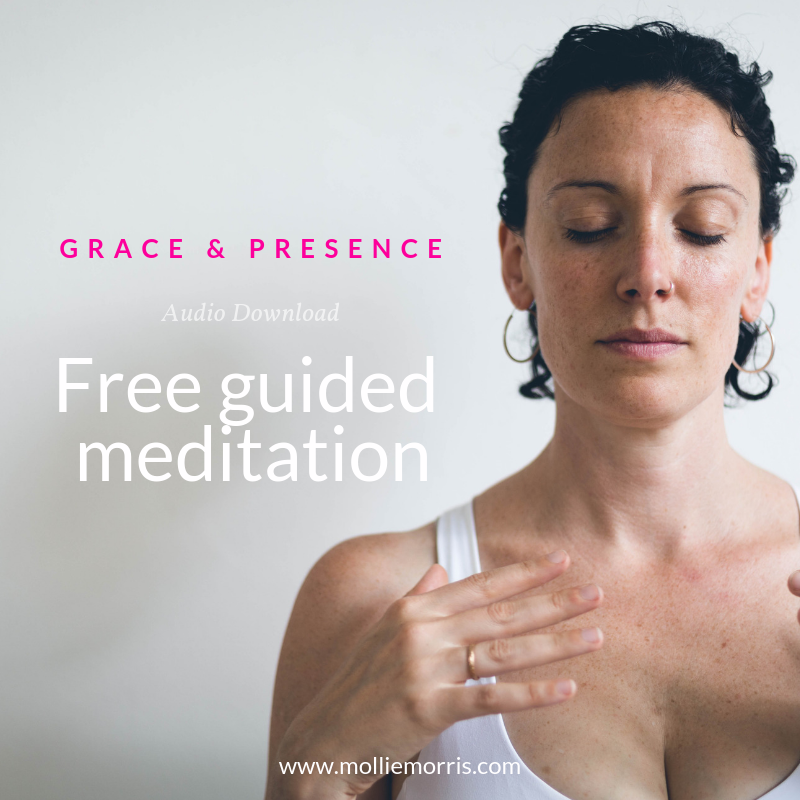 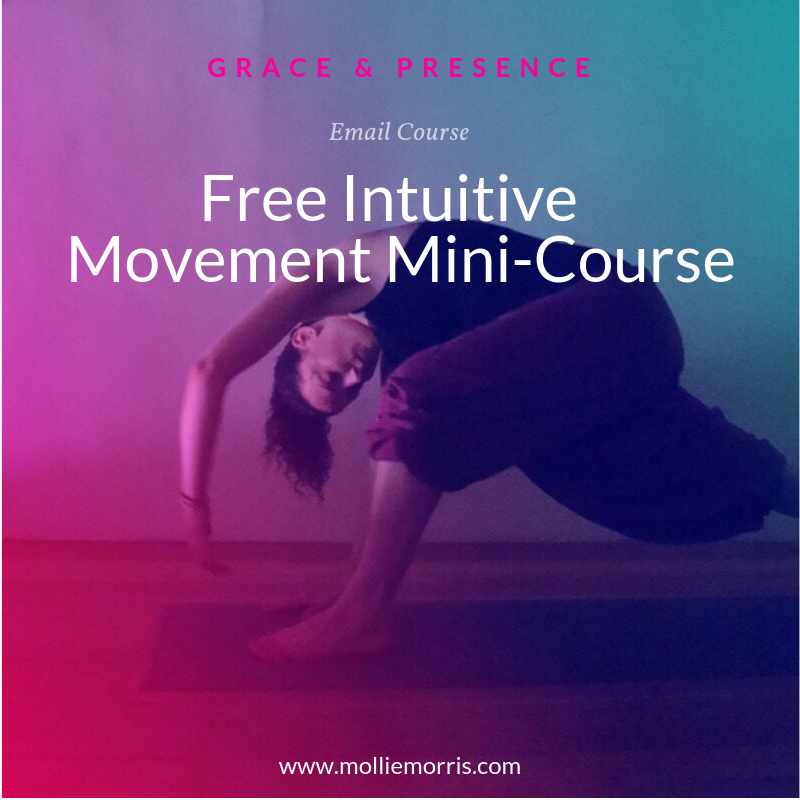 SMALLER ~ sometimes in yoga, we have the idea that

ANCHORS ~ for me, imagery is what anchors my movem

So in no particular order, I want you to know of s

PRAYER FOR TODAY ~ today, I will breathe. I will b

INTUITIVE MOVEMENT JUNE ~ you might know that a fe